I've finally bitten the bullet and purchased an autoblock belay device, Actually, thats not quite true. I've had a Gri Gri for years, but it's used solely for tensioning slacklines. I've never liked the way they operate, I can't feed slack well enough with them, and with the exception of the times when someone is dogging a route, I've rarely found that the ATC guide isn't sufficient. You never short rope anyone, and give a better belay in general. However getting a rock dropped on me a few months ago has got me looking at alternatives, I've now got a MegaJul for cases where the rock is concerning. But it too struggles to pay out rope as nicely as I'd like if someone is going for a hard send on good rock.

We'll see how the Vergo goes, everything I've heard about it suggests that it's a gri gri, but a little better. If it addresses a few of the gri gri issues I may use it a fair bit, if not, it will still be useful when someone wants to dog a 10m roof that's way too hard for them

The Vergo did a wonderful job throughout the china trip. It's easy to feed, screws with your shoulders less than a gri gri, is easy to free when it catches, and does a great job of locking up, even when your climber falls midway through paying out.

They've now been recalled however due to a manufacturing and wear issue - we used ours for another few days after the recall notice, as it was the nicest device I had on hand, and it was not displaying the issue, but had some play that could have worsened over time.
I've just sent the email to Trango asking how to send it back to get a new one.

I first got a Vergo in mid March, prior to going to Yangshuo.

It's a great device, behaves like it's meant to, doesn't encourage bad habits, and lowers nicely.
But they had a design issue, the main riveted hinge that holds the brake handle was a little loose, and the brake could move over the device, potentially jamming it open.

Mine wasn't that bad, so we used it for another week or so and I sent it off once we were back in Australia.
Eventually, in late July I recieved a replacement, they've reshaped the handle to block the previous failure mode, and I've been enjoying using it again.

Fast forward to this morning (mid August), and I've got another email from them saying that they are recalling it again as the main rivet has not been fully pressed on some of the devices. So once again, they want us to send them back, wait an unspecified ammount of time, before getting it back again.

At this point I think it's spent more time in their hands than mine since I bought it.

So I've had it for 8 weeks, and they've had it for 12 so far ... and that's before I send it back, and wait another unknown period of time. 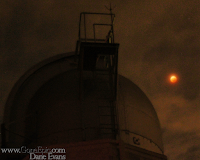